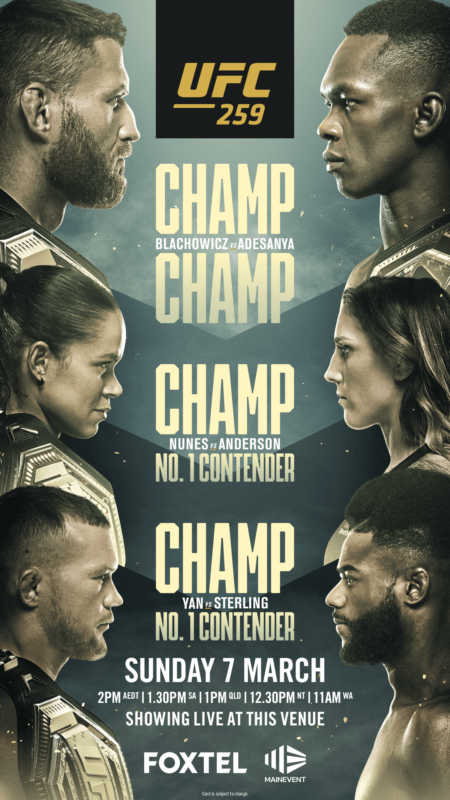 This weekend delivers a massive start to an action-packed month with not one, not two, but three titles on the line this Sunday in an epic UFC 259 event!

The atmosphere will be pumping as bantamweight champ Petr Yan defends his title for the first time against Aljamain Sterling, two-division titleholder Amanda Nunes puts the featherweight title on the line against Megan Anderson, and it’s “Champion vs. Champion” in the main event as middleweight titleholder Israel Adesanya ventures up to light heavyweight to face the new ruler of the 205-pound weight class, Jan Blachowicz.

Catch all the action live and loud at ours from 1pm!